This week I had my annual appraisal at work during which I was told that my job is at risk from the current spending cuts in the public sector. Potentially I could be made redundant in the next 2 -3 years.
This was a bit of a shock as, although we all knew that the cuts were far from over (we've lost many colleagues over the last 3 years) I didn't realise that I was quite so vulnerable.

The good news is that, in the past, an offer of voluntary redundancy has been made to sections which were targeted. I have spent a lot of time this weekend thinking what this all means to me and how to prepare for what could happen.

When I did get it all down on paper I began to feel a little better. The main benefit from a VR package is that, in all previous offers at least, some people over 55 have also been given immediate access to their pension as part of the deal. This would be worth a lot to someone like myself who has a long time to go (10 years) before I can draw my pension in the normal scheme of things.

Although my pension would only be worth somewhere around £8,500 if I took it in the next couple of years rather than £10,500 (max) if I stopped work at 60 and deferred taking it (my current plan), I would able to draw it for up to 10 years longer. If I stop work at 60 and take it at 60 it will be subject to actuarial reduction. The exact level of reduction is a complex calculation due to different rules applying to different sections of the pension but it is probably around 20 - 25%. This gives me a pension of somewhere between £7,850 and £8,300. So if I have to stay till 60 and can't get at my pension early via the VR option when I actually take it will be a judgement call to get the maximum benefit/minimum reduction equation right.

However, in effect (depending on when I went) being given access to my pension as part of a VR package could be worth up to £85,000 because the bottom line is that I would need to live for 40 years post retirement in order to get this amount back at the maximum extra £2,000 a year pension I would gain by staying at work till 60.

The rough calculations for taking early retirement on my 57th (2016) birthday look something like this:

(In addition our combined ISA fund should stand at around £78,000 which could be taken to supplement income at around £2,500 pa without hitting the capital).

Annual Income from 2025 (my state pension age)
£34,400 (I only intend to put enough into the private pensions to allow them to fund me to the personal tax allowance level up until my 66th birthday).

As I totted this up I began to think that this particular spanner would not be so unwelcome after all. I think we would be OK for income, although with £50,000 less in the ISA pot by 2019, and I would have an extra 3 years of freedom.

It all depends if the potential VR offer were to include the facility to take my pension as well as the redundancy payment. Unfortunately that's a pretty big "if"

Posted by Cerridwen at 08:45 No comments:

Even though I believe that I've got a pretty good handle on where I want to be financially in 5 years' time, and beyond, I still spend time re-working the figures and double checking that I'm on track.

There's two parts to this calculation.


As far as the first figure goes I am working on the principle that we will want to maintain our current lifestyle. This makes the calculation quite simple as I know what we're spending now, so I know what we will need going forward. Things do become more complicated if you throw in the issue of changing needs as we move from early to later retirement (as mentioned in my previous post) but, for the moment, I'm happy to work with a figure that reflects our current outgoings minus what we are currently putting into ISAs and pensions. This comes to around £36,000 gross pa.

The second part of the calculation is what I've been concentrating on this week and I think I've finally bottomed it out.

In order to bring our income up to the £36,000 mark during the years between when I'm 60 and when I'm 66 I need to generate a pension of £7,500 pa using my FSAVC and SIPP. By keeping the pension at this level I hope to avoid paying tax on it and then draw the rest of the shortfall from the ISAs.

Up until this week I was presuming that it would be a simple matter of gradually selling some of the funds to supplement our income and I hadn't really considered the potential of taking income from funds in the form of dividends. At the moment I am firmly in the growth camp and always buy the accumulation versions of funds and reinvest dividends. (To be honest but I am still a little hazy about the differences between an "Income" and a "Growth" fund and where their fundamental differences lie - more reading needed.) However I understand that it is possible to take between 3 - 4% pa from a capital sum before it starts reducing. This means that if we have £125,000 in the ISAs in 5 years time we will be able to take £5,000 pa without reducing the capital. (Keeping the ISA capital intact is desirable but it is not essential as when both our pensions are in payment when I am 66 we will have a total income of £42,500 which should be more than adequate.)

So the targets that come out of this for the next 5 years are:


You notice I slipped in that little word "presumimg"? That of course is the tricky bit and I'm well aware that this is where things could go very pear-shaped despite all my planning.

But I do feel better for having done it.

Taking a Break and Making a Plan.

We've just got back from a week's holiday in Madeira in a fantastic, luxury hotel (which was way better than we're used to) with great weather, rest, relaxation and lots of good food and drink.

The holiday was paid for out of my husband's pension lump sum and we deliberately chose something that was pricier than our normal lifestyle allows (or that we would ever make a effort to budget for) as we wanted to try a little 5* living now that we are gearing down to retirement and the money was there. 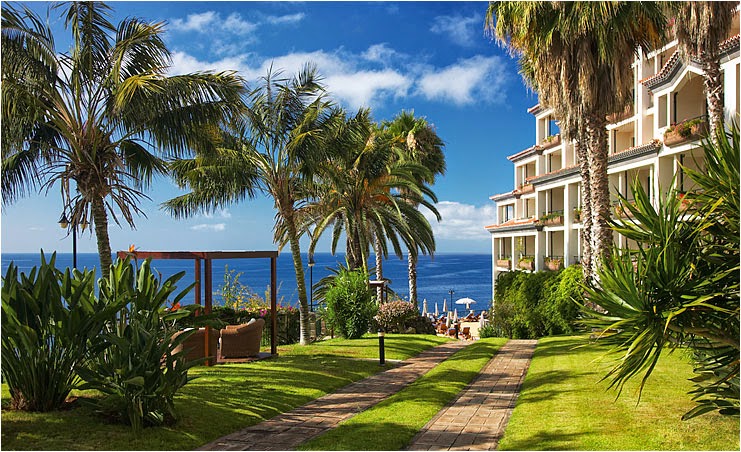 It was lovely, but was it worth it?

No, probably not, because the things that we appreciate about a holiday are not the "extras" that paying that extra 30 - 40% gives you. It is very nice to have bucks fizz with the breakfast buffet, fresh towels twice a day and a chocolate on the pillow every night, but these things are not key as to whether we enjoy a holiday or not. In a way the 5* packaging actually had a negative "enjoyment" pull as it was almost too expensive. The value of the holiday (in terms of experience) did not rise as incrementally as the cost. Much food for thought.

However, what it did bring home to me, once again, is the value of free time and being able to enjoy at least some of it whilst you are still fit and healthy doing things that you may not want to, or be able to when older. There were very few people under 40 in the hotel and a fairly large minority of the guests were in their 70's and over. I'm sure that they did all really enjoy their stay, maybe more than we did, as the surroundings were truly gorgeous and immobility and other health related issues (for some at least) must make the comfort, attention and good quality food at the hotel more important than for those of us who wanted to get out and about and see the sights.

What I've brought away from this particular holiday (apart from a tan and an extra half a stone) is the thought that saving and investing for free time is key, but planning for luxury is something that is probably best directed towards later retirement (if possible) because then is when it will be most appreciated.

This does turn one of the often quoted principles about retirement on it's head - i.e that needs go down as you move from early to later retirement and become less active. However, and so much does depend on health, I think that (for us) it makes more sense to plan to enjoy freedom and an active lifestyle on a budget in our 60's, but with the view to looking forward to a very indulgent decade in our 80's.

There's nothing wrong with having a plan. :-)

Portfolio Update here.
Posted by Cerridwen at 08:44 No comments: